Spring Skiing in the Sun

Another Spring Ski Day, and Then March Comes In Like a Lion 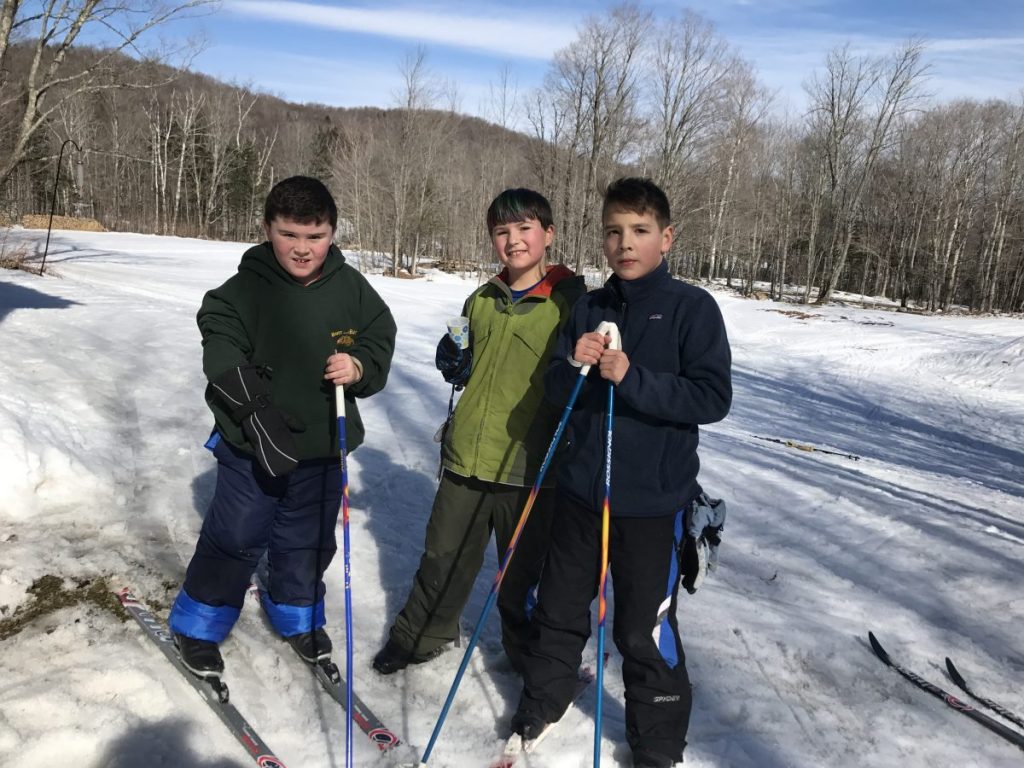 Three of the young fellas from Tuesday’s JISP program.

Nothing you can’t ski over or around.

The track of the Thursday/Friday storm, at this moment, is farther south. The total snow forecast, right this moment, is 1-4 inches, as close as I can guess. (I was going to say figure, but really it is guess.)

The picture above is from yesterday, Tuesday, the 27th. The three kids in the picture had skied a few laps, one of them being the Grouse. After this picture, they found the jump on the hill and like boys, were up and down the hil, over and over and over. Kids love to jump, this jump was already built, but a shovel is always close by and some young engineer type is always rebuilding and shoveling to make it bigger, a slightly different shape, or a different angle. This can keep young male children busy for hours. I am not being sexist here, just an observation. Young girls might go off the jump, they just don’t seem quite interested enough to stay and go up and down hour after hour after hour.

The buckets are hung. The evaporator is almost ready to go. Still have to put up the steam hood stack, and the smoke stack. The new line is hung, but not tapped, Sap is collecting the buckets and the back tank.  It will all come together today and we will be boiling by late this afternoon. Ahhh, the smell of maple, nothing quite like it.

Comments have been disabled.

Can I be part of your doomsday cult also. Is there an initiation fee or is it free to join that one encircling your head !

@billmckibben @JimBair62221006 It’s called extreme weather Bill. It happens everyday across the globe. We live on a dangerous planet, fossil fuels have help power technology to predict and protect us from these natural disasters. As a result, deaths from natural disasters have dropped over 90% in last century